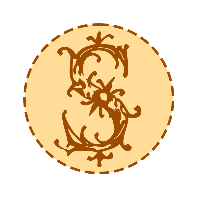 Teremok: A Study in Adaptation

Last weekend I had the good fortune to be passing through New York City and have enough of a layover to stop at the newly opened Teremok, the first US branch of a fast food chain I had basically subsisted on while I was in Russia. The assembly-line style of cooking is easily exportable, so the bliny were just as I remembered them (for the record, I had the cheese, the condensed milk, and the red caviar). Being a translator, however, I noticed a few things that had been… gained in translation. 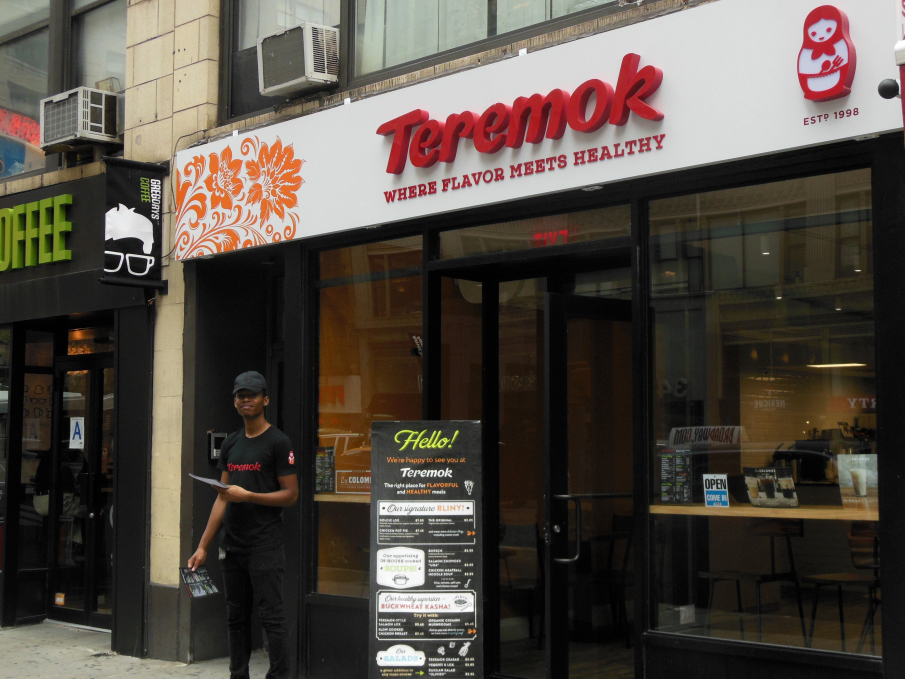 First of all, the Teremok kiosk where I got my daily blin in Russia had a simple, unassuming menu: “with cheese,” “with salmon,” “with ham,” with whatever else - those were my choices. But that kind of simplicity is just not attractive enough for the American consumer, especially one trying to choose a single place to eat amid New York’s massive selection. My first blin could be ordered as “Say Cheese,” while the last one, the red caviar, was called “Red Stars.” I didn’t have time to try some of the more puntastic options, such as “Goldie Lox.”

The imaginative dish titles were just one kind of adaptation. The decor of the new restaurant provided another: instead of recreating the atmosphere of a Russian branch of the chain, the New York location went for the look of a third-wave coffee shop crossed with Qdoba: simple, clean lines, chairs and tables of various heights made of polished wood and metal, a clear view of the fascinating round hot plate used to instantly cook the batter. At the same time, there was rather heavy-handed use of cultural stereotypes to ease the process of getting acquainted with completely novel food. One entire wall was a photo of white birches (Russia’s national tree), while a nearby wall was a collage of communist-looking, Socialist Realism-inspired quotes and pictures. The radio played a nonstop playlist of Russian folk music in modern arrangements.

Finally, the walls also sported something that would never be seen in a Russian chain: posters about how fresh the ingredients are and how healthy the foods are. Marketing in a new market means discovering that market’s preoccupations and worries, and then making dubious claims to satisfy them (while the salads and buckwheat may well be rather healthy, the bliny are basically fatty treats, fillings wrapped in an eventual heart attack).

But for all these attempts at adapting, the restaurant was completely empty when I walked in around 11:30 AM on a Friday, no lunch rush in sight. No matter how much effort you put into translating and adapting for your new audience, there remains the question of whether your message is of any interest. Will New Yorkers - and not just Russian immigrants! - come to recognize just how delicious bliny are? Only time will tell. I’ve done my part - and if you’re ever in New York, I strongly encourage you to stop by and do yours!